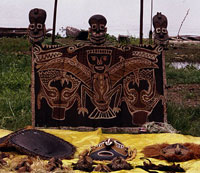 I collect tribal art from New Guinea, mostly from the from the Sepik River region – carvings, masks, and totems – but I often hear people call it Tiki Art, or even refer to it as African Art.

Although I know after collecting for over 40 years I’m totally immersed in the art of New Guinea and am very aware of the nuances of the different styles of tribal art, it often strikes me that many people are unfamiliar with the amazing island of New Guinea and its many unique cultures.

So, what is tribal art, who makes it, and where exactly is New Guinea?

Tribal art is the term often used to describe the artifacts and objects created by indigenous cultures. Typically characterized by its ceremonial or utilitarian significance, most well known is the tribal art originating from:

The origin of African art styles began long before recorded history and encompasses the indigenous cultures of the African continent. 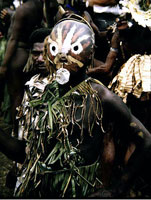 Tribal art cultures in the Americas include the many tribal groups throughout North, Central, and South America.

The works made by the native peoples of the Pacific Islands and Australia, including the regions known as Polynesia (where the popular term Tiki Art comes from), Micronesia, and Melanesia (includes the island of Papua New Guinea) is known as Oceanic Art.

The second largest island in the world, Papua New Guinea is located just 100 miles off the northeast tip of Australia and has a population of just under 7 million. It is also one of the most diverse countries in the world, as it includes a kaleidoscopic mix of over 830 indigenous languages and almost as many tribal societies (Note: In the whole world there are only 3000 or so languages, which means 25 to 30% of the world’s languages occur on the one bit of land in the Pacific – New Guinea comprises just .3% of the earth’s land mass and .6% of its population).

The island is very mountainous and Papua New Guinea is one of the most remote countries in the world, it is also one of the world’s least explored, and therefore one of the most mysterious. There are still today some groups that have little or no contact with Westerners.

The island of New Guinea is divided in two – the independent Papua New Guinea on the east and Papua, a part of Indonesia, on the west. As the island is very rugged and remote, many tribes have established themselves within only a few miles of each other (for thousands of years) and yet never knew the other existed.

Some of the most remote villagers of this region were only recently introduced to foreigners within the last 30 to 40 years. Those who were aware of their neighbors often fought with them, practicing ritualized warfare as well as headhunting (headhunting is something that some older men still remember and practiced not all that long ago).

New Guinea has been famous for its stunning art for almost two centuries. The most beautiful and the largest quantities of art come from the villages of the Sepik River and its many tributaries. Roughly 260,000 people live along the Sepik and the artists of this region are rightfully considered to be some of the finest tribal artists in the world because of their technical skills and lively, visually exciting art.

Most pieces are made of wood and painted with natural pigments made from berries, seeds, soot, lime, and river clays, as well as commercial paints. Additional decoration of mud, boars tusks, hair, grass, fur, basketry, cassowary feathers, and shells is often added.

Visit Our Other Art Site NewGuineaArt.com 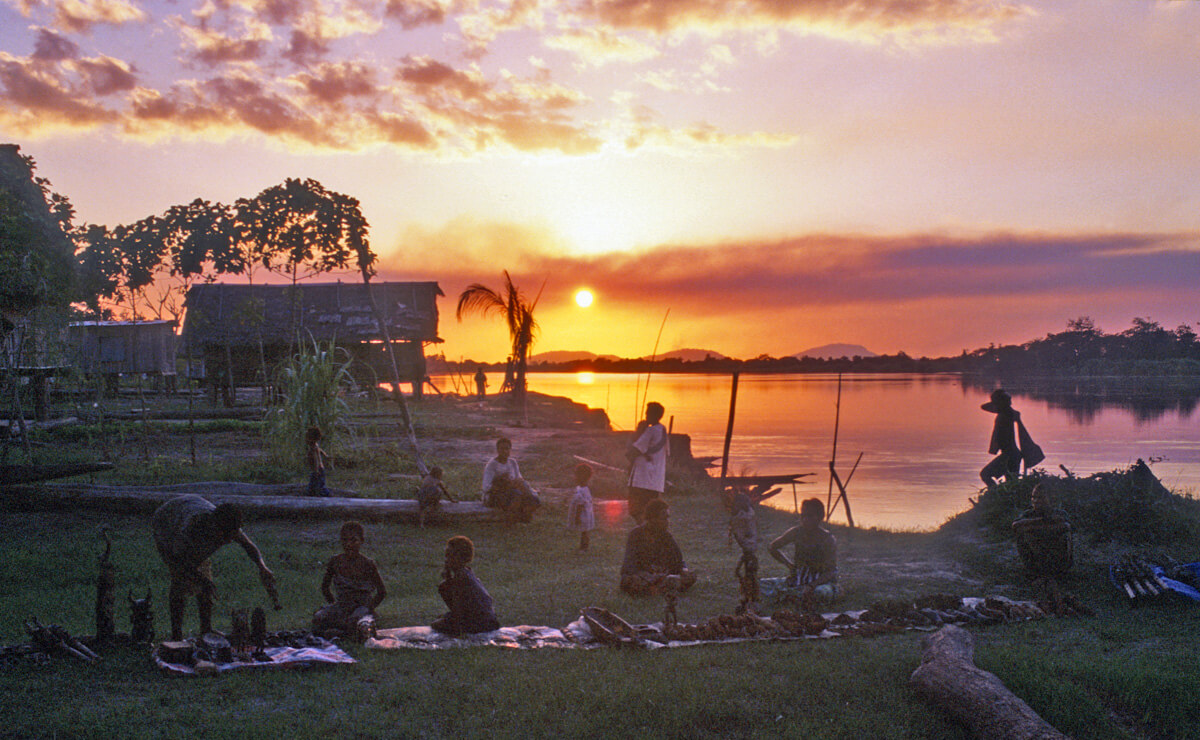 All content Copyright © 2023Joe Maierhauser. ALL rights reserved;do not reproduce without written consent.